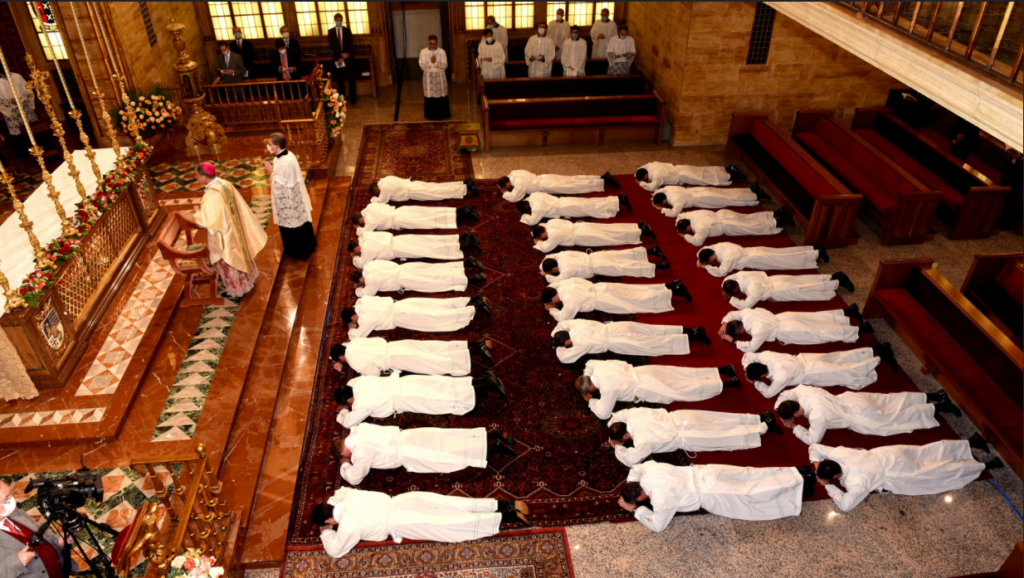 Fadi Sarraf, former chairman of the Copper Ridge Board of Directors, was ordained as a deacon on November 21, after three months of final preparation in the Eternal City. Before he left Canada, he was instrumental in steering successfully into port the first phase of the Copper Ridge Conference Centre.

His voyage in Canada began in the late eighties, when his family emigrated from Damascus, Syria to Montreal, Canada. At the start of Fadi?s engineering studies at McGill University, he met a student in one of his classes who invited him to visit Riverview, a residence for university students close to the campus, and attend formational activities there. This is where Fadi had his ?Damascus moment? and saw his call to Opus Dei to sanctify his university studies and, after graduation, his professional work.

During his undergraduate studies, Fadi was asked to be the director of Boisgomin, a residence for university students in Quebec City where he moved to complete his undergraduate degree at Laval University. He went on to obtain a Master?s in Business Administration from the same university. In the mid 90?s, he moved again, this time to Toronto to become the first director of the newly opened Ernescliff College, a residence for students in the heart of the campus of the University of Toronto. After a short but fruitful stay there he was called back to Montreal to help coordinate the many foundations that oversee the apostolates of Opus Dei in Canada.

In the early 2000?s, Fadi was instrumental in the fundraising, planning, and construction of the Hospitality Management Building at the Manoir de Beaujeu, near Montreal, the first Conference Centre of Opus Dei in Canada.

Since the purchase of the property for Copper Ridge Conference Centre in 2006, Fadi has been at the helm of the project. Whether from Montreal or on frequent visits to Vancouver, he has guided all the phases of this venture, from zoning, through building the road, installing services, to designing and constructing the building and finally organizing a board of directors for Copper Ridge which now also functions as an operations board for the completed conference centre.

Copper Ridge was not Fadi?s first port of call when it came to big projects! He has been helping build people and conference centres from coast to coast for the past thirty years and will continue to do so as he embarks on his voyage as a deacon and, soon, a priest.