My Memories of Helen, an example of loyalty, constancy, serenity, and humour. 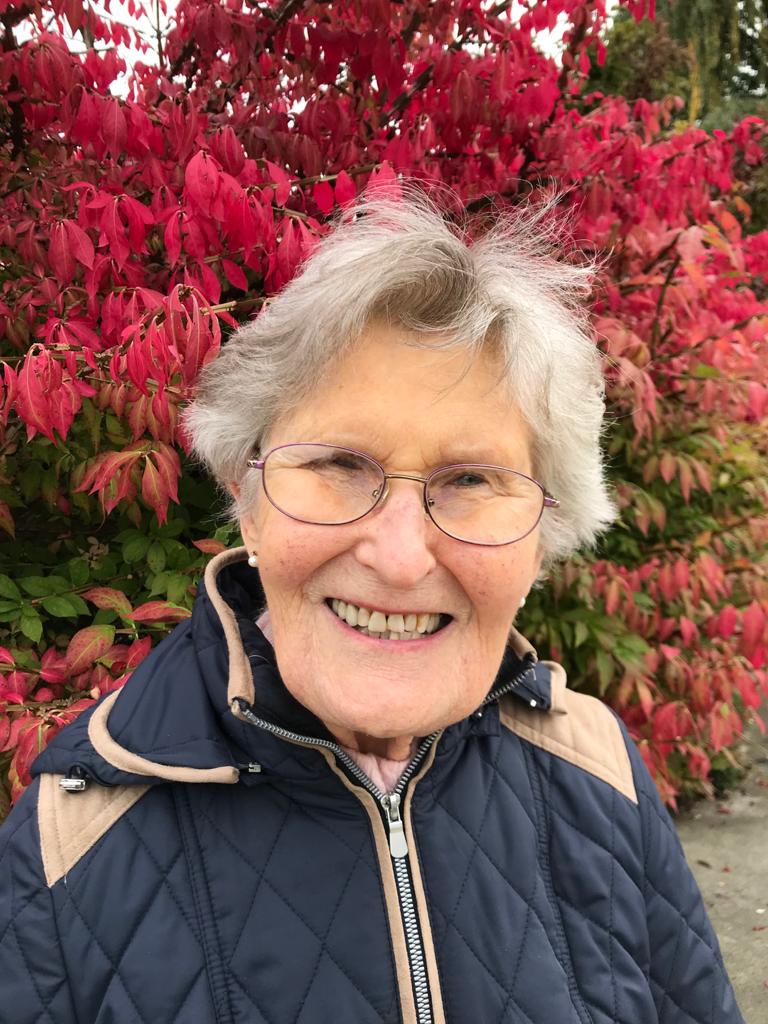 When I was asked to write my reminiscences of Helen Ryan to share with the readers of the Copper Ridge newsletter, I paused to consider what can I say? I had known Helen for many years; we worked together on numerous projects in Canada and lived together at Crestwell Centre in Vancouver for almost 23 years.

Helen was born in Dublin, Ireland on February 25th, 1930. She originally wanted to be a veterinarian but her mother encouraged her to explore her other talents. Reflecting, she decided to study architecture. I confess I am very grateful to her mother because as an architect, Helen helped in many projects of Opus Dei in Canada. In addition to her regular work for architectural firms, she designed the first house for the staff in Montreal, designed several oratories in various cities and adapted a number of houses to meet our specific needs.

While working as an architect in Montreal, a colleague spoke to her about Opus Dei. Helen began participating in activities and soon realized that God was asking her to become one of those few members of Opus Dei at that time in Canada in order to spread and live the universal call to sanctity. With courage and enthusiasm, she gave herself wholeheartedly to this call.

Helen had a great zest for life. In her last ten years she suffered several serious illnesses; however she was always cheerful and never complained. She would even joke that she enjoyed having breakfast in bed! When we reminded her of an illness, she claimed she had ‘forgotten’ it and dismissed it as a trifle, diverting the conversation away from herself.

Helen visited Copper Ridge Conference Centre only once. She had dearly wanted to attend a retreat but it turned out that God had other plans for her. I am sure Helen is now enjoying it from heaven. 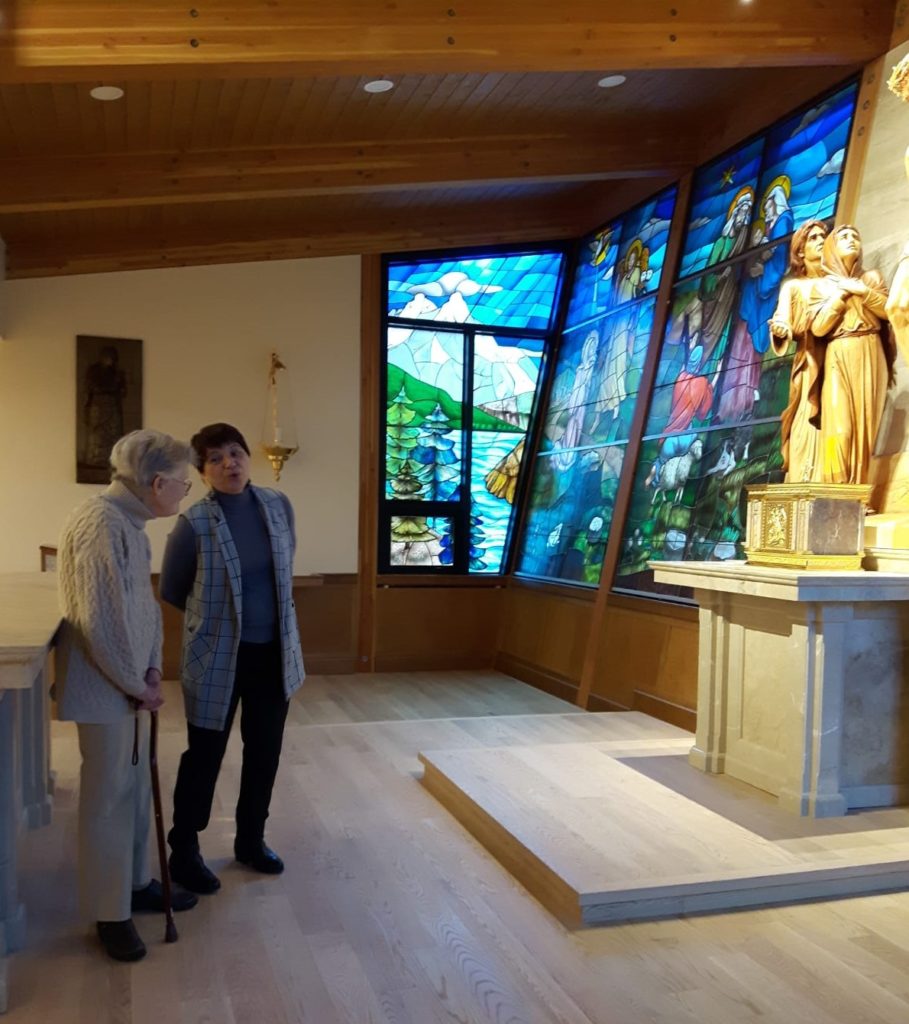 On January 6th I was with Helen in the early hours of the morning. I invited Trisha, a friend, to join us for half an hour. It was evident Helen’s condition had deteriorated considerably. Trisha began to sing for Helen, first some Christmas carols and then some Irish songs. When Helen heard the first Irish song, she opened her eyes. Trisha sang on and finished with a song in Gaelic. Helen listened very intently. After this we played her an audio message from Spain.  And finally, I asked her to pray for the special intentions of three particular ladies.  Just after I made this request, Helen gasped slightly and then stopped breathing.

Trisha and I prayed for the repose of her soul and I phoned home to tell everyone Helen had left us for Heaven. While we were still praying all her housemates arrived, followed shortly by her priest. He celebrated Mass in her hospital room. Many of the staff caring for Helen were clearly amazed to see a priest coming frequently to celebrate Holy Mass for her; it was evident they were very moved by this.

I thanked Our Lord for allowing me to be with Helen in her last moments in this world, as sad as this experience was. By her steadfast service to souls and the suffering she experienced during her last illness I am sure she left us greatly purified. While the proponents of euthanasia may not know or appreciate the value of suffering, we do and Helen certainly did.

During her wake I placed in Helen’s hands some prayer cards with her photo and a quotation from The Way, one of St. Josemaría’s works, that speaks about being faithful to the little things. This certainly characterized Helen. As I left I gathered all the cards to give to other people and to keep one for myself. The next day, very much to my surprise, I saw written on the back of that card “Thank you for your friendship.” It made me realize how many people could have written those words: indeed, all of us, including me.

What would I want to say to everybody after saying goodbye to Helen? Two things come to mind: first, the value of time — none of us knows how much we have left. Use it to do all the good you can. Second, the value of love and of showing it with deeds without waiting for tomorrow, without taking it for granted, today and now! Husbands and wives should tell each how much they love each other without remembering something that went wrong before. Never let the sun set without making up over any disagreements. Show all those Our Lord has put by your side how much you care for them: remember, neither you nor they will be there forever. 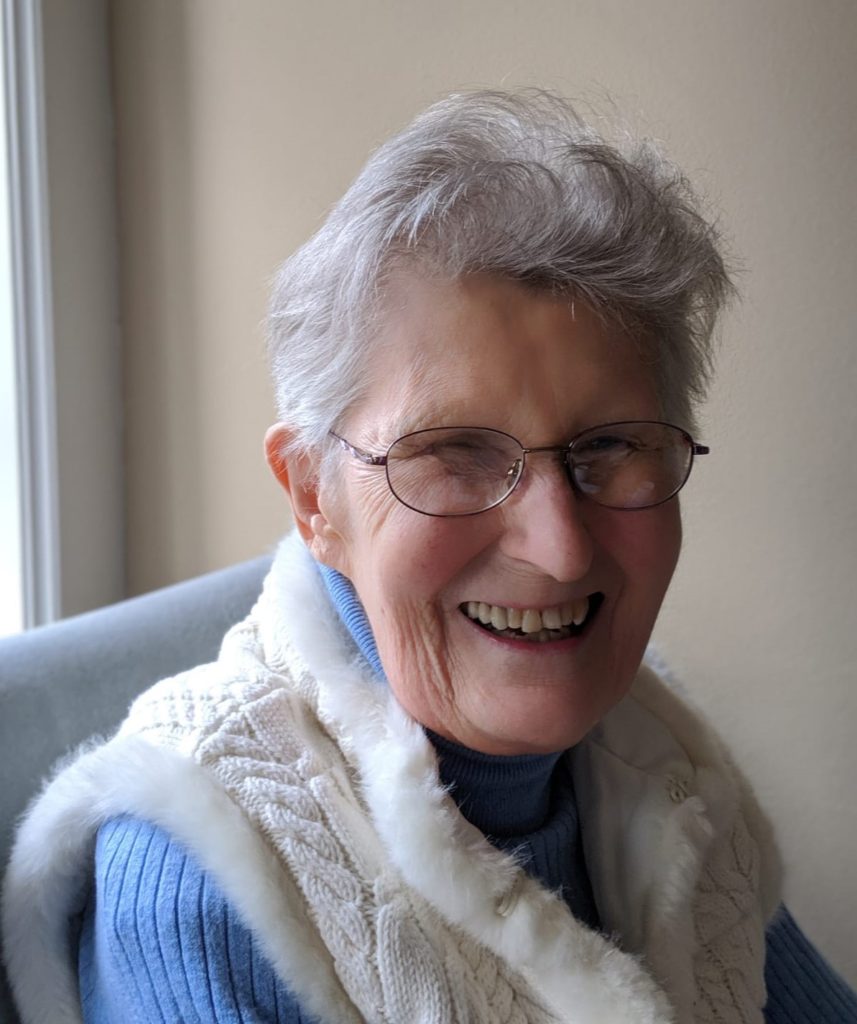